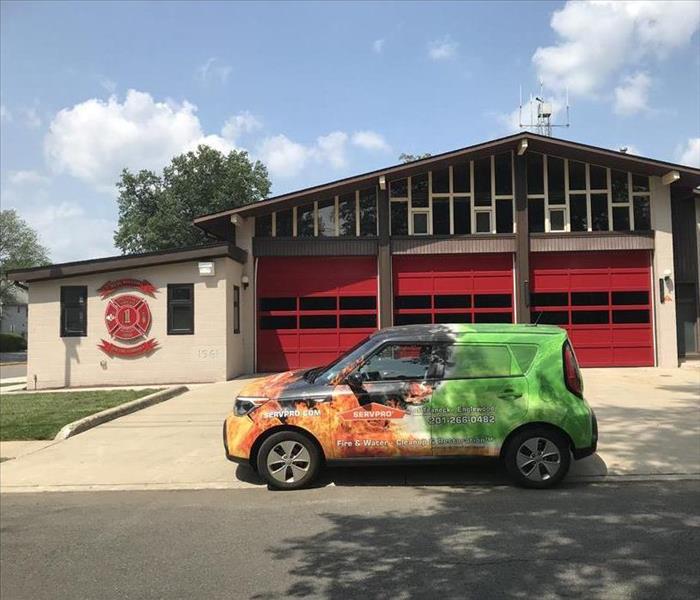 When it comes to flood damage it is no DIY project. Call SERVPRO and their technicians . They are IICRC certified for the job.

Teaneck, New Jersey, is one of the most populous communities in Bergen County and home to a whopping 40,000 citizens. The town was established in 1895 from former townships combined to form one, including parts of Leonia and Bogota. Many historical events have occurred in and near Teaneck, including:

Like many other areas of The Garden State, the Teaneck area was originally home to the Lenni-Lenape. Their encampments were initially located along what is now Queen Anne Road. Fycke Lane was once the site of an Achikinhesacky settlement led by Chief Oratam.

Today, Teaneck’s community is exceptionally diverse and noted for its prominent Modern Orthodox Jewish community and various kosher businesses. There are four yeshivas and fourteen synagogues between the communities of Teaneck, New Milford, and Bergenfield alone. Nearby, locals can find New York City’s Yeshiva University.

Teaneck’s Arts and Culture and The Puffin Foundation

This Teaneck nonprofit was formed in 1983 to give a voice to minority groups and an amplified soundstage for free expression and achievement. The Foundation also provides grants and other resources for local artists and related groups. It was seeded initially with millions accumulated by Allen screw tycoon Perry Rosenstein, a strong proponent of giving unconventional artists and other cultural figures a chance to innovate.

The original president and founder of The Puffin Foundation, Dorothea Violet Rosenstein, was also the source of the nonprofit’s name. Before her passing, she joined a National Audubon volunteer group in moving puffin hatchlings from Newfoundland’s Great Island to the Maine coast on Eastern Egg Rock. The puffins were banded to see if they would return to start a colony, as puffins tended to make homes where they hatched. The team’s efforts to restore the puffin population bore fruit. The name was taken on by the Foundation in honor of Mrs. Rosenstein’s work.

The Puffin Foundation’s philosophy has not changed, and today seeks to fund progressive cultural works during its two annual grant cycles:

Teaneck also benefits from The Puffin Foundation’s Cultural Forum, which backs performances and hosts them at their Puffin Way venue.

Teaneck and the American Revolution

The most crucial battle Teaneck was involved in was Fort Lee, originally known as Fort Constitution. This battlement was in a strategically advantageous location in the Hudson Palisades directly across from Manhattan Island’s Fort Washington.

Fort Constitution was constructed in July of 1776, while Fort Washington was built across the River. It was named Fort Lee after completion in honor of the Continental Army’s General Charles Lee. Directly between was a network of chevaux-de-frise to defend against British cavalries. The goal of these two forts and the blockade between them was to prevent British warships from passing through the lower Hudson River. Several tactics were employed to this end, such as:

Before the battle began, boatman Peter Bourdette’s intelligence gathering was crucial for ascertaining British troop movements. This information allowed for a proper evacuation of Fort Lee and preparation for the battle to come. However, these efforts proved to be insufficient for keeping the Hudson River free from British control.

The Battle of Fort Lee was ultimately a loss for American soldiers overwhelmed by British and Hessian troops. An estimated 2,000 militiamen squared off against over 5,000 soldiers. The Continental Army had to withdraw across the Hackensack River, passing through Teaneck and other nearby towns to regroup.

This retreat inspired Thomas Paine to pen The American Crisis, which included the famous quote, “These are the times that try men’s souls.”

After a Teaneck home suffers flood damage, SERVPRO can answer the call in mere hours to begin the inspection and remediation process. The sooner homeowners make the call and file a claim, the sooner their insurance providers can compensate them for structural and contents losses. SERVPRO technicians are Institute of Inspection Cleaning, and Restoration Certification (IICRC) accredited to return homes to a preloss state after flooding occurs.

Odor control is one of the most challenging aspects of a residential flood. Not only are there typically several odor sources, but most homeowners do not have access to deodorizers that eliminate odor-causing particles.

SERVPRO uses such tools as EPA-registered biocides, ultra low-volume foggers, and pump sprayers to address such odor sources as:

Having licensed professionals service your home is also safer for your property’s occupants. Trained technicians wear the personal protection equipment (PPE) necessary to protect themselves from debris, sharps, pests, and chemicals that can compromise a home’s safety until remediation and restoration are completed.

SERVPRO of Teaneck / Englewood is prepared to provide Faster To Any Size Disaster mitigation and restoration services 24 hours a day, seven days a week. Call (201) 266-0482 to begin the cleanup process.