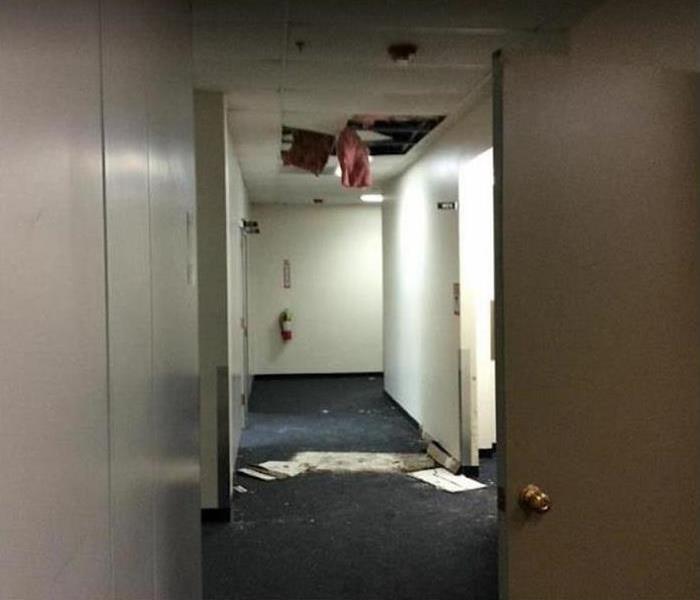 When this property exprienced water damage, SERVPRO answered the call. We can restore your home!

A newlywed couple recently purchased a charming three-story Tudor Revival house in Teaneck at a bargain price. Little did they know, they had purchased a water-damaged home filled with old, poorly maintained plumbing.

Many times when people purchase a house, they quickly fall in love with the property and fail to examine it for potential flaws, which is how the buyers overlooked the Teaneck home’s water damage. The water leaks and fungal damage were not readily apparent, so they eagerly believed the residence was problem-free.

Issues only started appearing a couple of months after they had moved in. First, one day, the wife noticed some mold on the ceiling of a downstairs closet while retrieving her coat. She did not think much of it then, but later realized it was a sign of more significant problems. The couple continued noticing mold near the same area of their house. Then, one night during a deep freeze, some water pipes ruptured under their second-floor bathroom.

With water pouring from a ceiling hole of their ground-level living room, the Teaneck residents were in a dire position. Water had already saturated their couch and living room carpet, and the situation was quickly becoming worse. There were also other wet patches in the ceiling, as well as moldy areas around the first-floor, which was when the couple found SERVPRO online. Soon after contacting us, we were on-site to clean up the mess and limit further damage.

After stopping the water flow and assessing the situation, SERVPRO started cleaning up by removing water with portable extractors. Technicians pulled liquid out of the waterlogged couch and carpet. Then, they positioned a dehumidifier and several air movers around the room to remove excess moisture. Workers then drilled small holes in wet or moldy sections of the ceiling. They used an injectidry system, connected to the dehumidifier, to pump warm, dry air into the interior area where leakage had occurred. SERVPRO continued dehumidifying the couple’s house until detection equipment showed air and material moisture levels were within the acceptable range.

Our technicians quickly resolved the couple’s water issues and prevented permanent damage. With that said, always check for signs of water damage before purchasing an older home. If you do purchase an older residence and later have problems, call SERVPRO of Teaneck / Englewood at (201) 266-0482.